I’d been in Zambia for just over a month and my volunteering placement on the Book Bus had come to an end. I still had five weeks until my Kilimanjaro climb, so I’d decided to head over toÂ Tanzania early and do some more volunteering. I sponsor a little girl who lives in the Bagamoyo district, so I wanted to stay nearby, in the hope that I would get to meet her.Â Â I Googled volunteering in Bagamoyo and up popped The Baobab Home. I contacted the owner Terri, an American lady who runs anÂ orphanage with her Tanzanian husband Caito. I told Terri my background and we discussed what I might be able to offer.Â  After which, Terri invited me to spend some time with them, where I would be help running a summer club for the local children.

I looked into various ways to travel. Flying would have been the quickest option, but I quite fancied the idea of going overland. The bus would take a few days and wouldÂ mean finding accommodationÂ on the way.Â SoÂ I decided to take the Tazara sleeper train. The Tazara Train runs from Kapiri Mposhi inÂ central ZambiaÂ and terminates in Dar es Salaam on the east coast of Tanzania,Â only around an hour away from Bagamoyo, it was perfect.

The owner of our camp in Livingstone, ‘Grubby’, drove me to the Mazhandu Family Bus ServicesÂ standÂ  in the centre of town. Marjorie, Kate and Kelly came along for the ride to wave me off! I said a tearful goodbye and stepped onto the bus and then turned straightÂ back round and got off again. At the front of the bus, aÂ Minister was preaching – loudly. Had I just interrupted a service? Oops. I asked the bus conductor and he assured me that it was fine to jump on, so I said another goodbye, ducked under the Minster’s flailing armsÂ and went to my seat.

TheÂ coach looked quite luxurious compared to what I was expecting, withÂ two seatsÂ on the left and three on the right, I found myÂ place by the window on the left and sat down. I looked around and saw that I was the only tourist on board.Â Soon I was joined by a Zambian chap named Elvis whoÂ was a big guy,Â which meantÂ I was squished in against the window for the rest of the day. We started chatting andÂ all the while the Preacher rambled on, his volume and enthusiasmÂ never faltered. The only thing I was praying for was that he’d shut up. It was way too early in the morning for this.

The preacher was still on board and still going for it as we pulledÂ onto the road.Â Â I wasn’t quite sure how I was going to cope with this for the next eight hours but luckily the bus pulled over by the weigh bridge on the outskirts of town and the preacher jumped off.

It was a longÂ but pleasant 8-hourÂ trip to Lusaka. Â In between chatting to Elvis and watching some very strange Nigerian films (seriously weird storylines, not really suitable considering there were some kids aboard), I stared out the window enjoying the Zambian countryside, whilst Bob Marley provided the soundtrack. People waved as we went by.

I’d been warned that Lusaka bus station is a scary place and thatÂ I would probably be hassled as soon as I arrived. As the bus pulled in I started to mentally prepare myself. I was near the front and thereforeÂ one of the first to get off. I stepped confidently off the bus, whilst inside I was a nervous. But I needn’t have been. Aside from a few men who had gathered round the bus saying “Taxi Madam? Taxi? Taxi?” I wasn’t bothered. I said a firm “No thank you” and walked round to the other side toÂ pick up my bags.

Marjorie had given me the number of a taxi driver called Ben, who she had many a couple of months previously and I’d arranged for him to pick me up at the station. In hindsight, I probably didn’t need to do that, there were plenty of taxis waiting. Ben dropped me off at my hostel Cha Cha Cha Backpackers, now called Lusaka BackpackersÂ a nice little place with a pool. On my first night IÂ made friends with a fewÂ people at the busy barÂ -Â the owner of the camp, Anton, a group of lads (JJ,Â Ed, Neil and Andy)Â from the UK who had driven in 3 cars all the way from London, a Canadian girl called Hannah, a UNÂ intern called Lisa from Sweden and Rayke, a guy from South Africa who was also doing a solo road trip. We spent the evening singing along to power ballads, drinking shotsÂ and then finally getting toÂ sleep around 3am. Anyone hoping to get an early night may have been disappointed.

I arrived at the Tazara office early the next morning, hungover andÂ ready to book my ticket. It was closed. Oh dear. So I went to an internet cafÃ© in the big shopping mall in town andÂ treated myself to a Subway sandwich. Sometimes you just need the comforts of home. Next was a trip to the Tanzanian embassy to arrange my visa. I’d been told I couldn’t get a visa at the border but this didn’t appear to be true as some people did get them en route. But better to be safe than sorry!

I could have booked in for a later train, but I didn’t fancy hanging around Lusaka for much longer just killing time,Â so I bought a second class ticket for a six berth all-female cabin and hoped for the best.Â Not that there’s anything wrong with Lusaka, it’s a nice enough city as African cities go, but there’s not an awful lot to do there.

Having heard rumours that young children travel free on the train, but have to share their beds with their mothers, I wondered if I wouldÂ beÂ sharing with five other women and all their children – that might have made for quite an experience, if not a very cramped and loud one.

The Tazara Train departs Kapiri MposhiÂ on Tuesdays and Fridays and takes 48 hours in total (well, in theory). Train is my favourite way to travelÂ and I’d wanted to do this trip as soon as I’d finalised my route.Â It’s aÂ great way to seeÂ a country, and this train also goes through the Selous Game Reserve, so has a sort of safari included in the ticket price. I couldn’t wait!Â I’d never been on a sleeper train before, I’d only seen them in old movies and they looked soÂ cute and comfortable. Surely this would be the same, wouldn’t it?

OnÂ Friday morning I caught an early bus to Kapiri Mposhi, the journey took aroundÂ three hours.Â Clutching my one way ticket to Tanzania, I stepped off the bus and walked towards the busy station ready for the 4pm departure.

You can’t book your tickets through the Tazara website, but you can contact the relevant booking office hereÂ to check the latest situation and reserve tickets if you can. Book your tickets as far in advance as you can. Kapiri Mposhi isn’t the most buzzing town, so you may not want to spend a lot of time there. 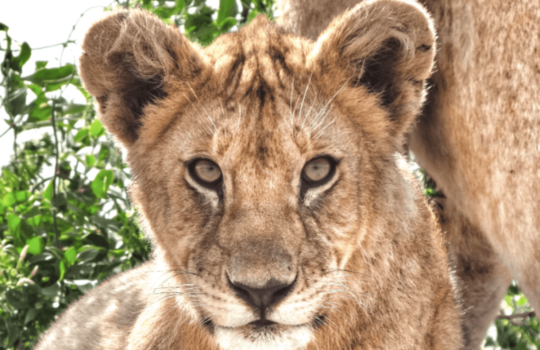 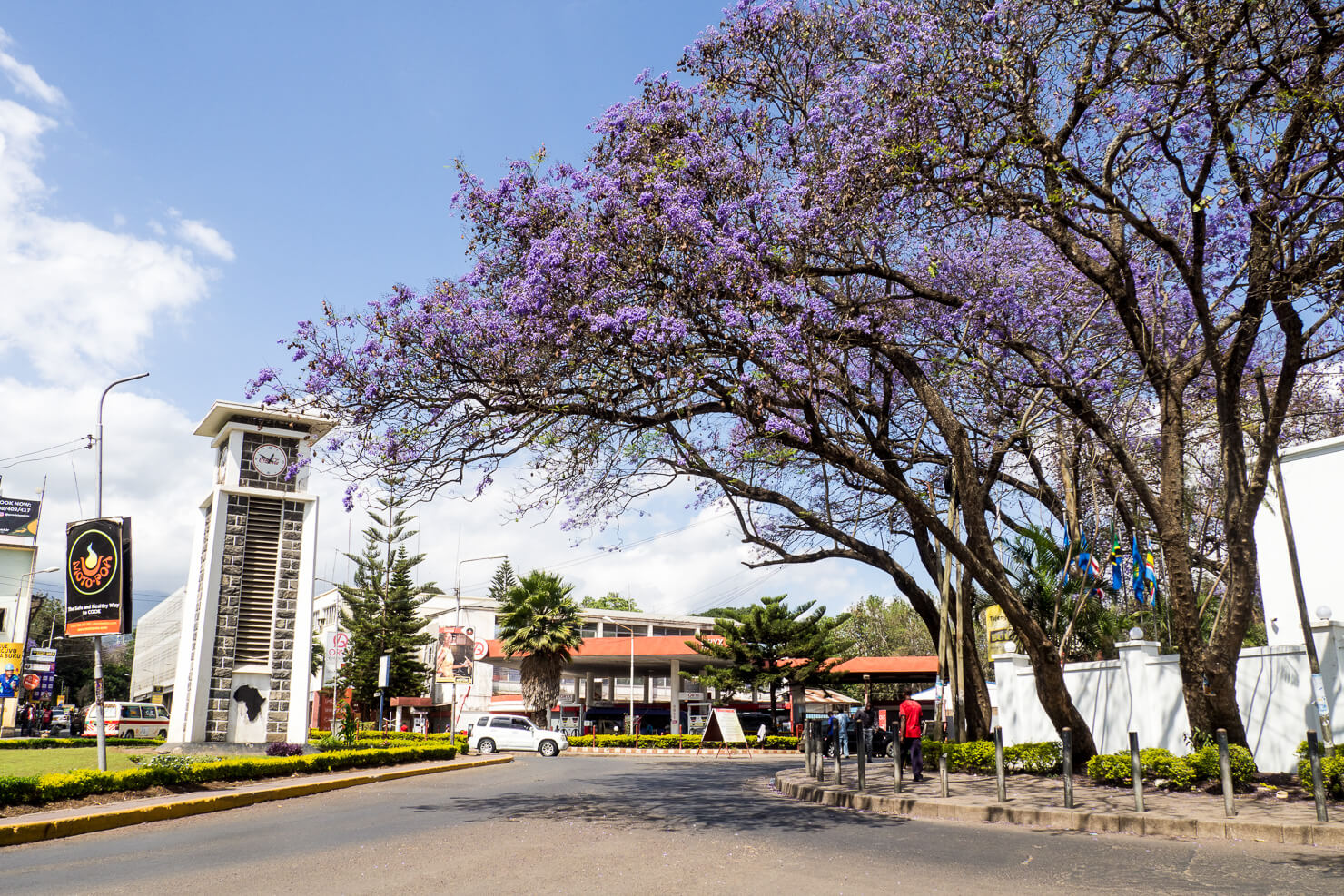 22 Awesome Things To Do in Arusha, Tanzania 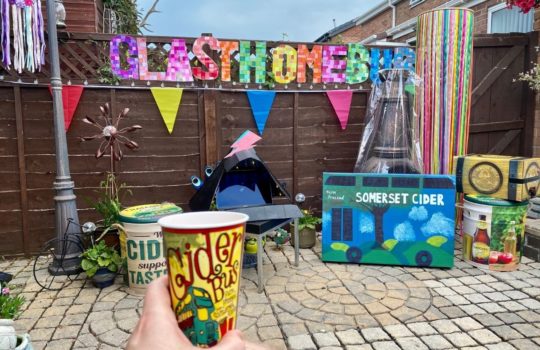 Glasthomebury Ideas: How to Recreate Glastonbury Festival at Home

Where is Stephen? Losing Tourists on the Way to Halong Bay