After my trip to Victoria Falls and an awesome first day, the rest of my first week on The Book Bus just got better and better . Each day we go to a different school and the timetable is the same each week ”“ Linda (Monday), Nakatindi (Tuesday), Libala (Wednesday), Dambwa (Thursday)Â and Cowboy Cliffs (Friday).

For me it was a week of wonderful new experiences.Â We read lots of different books with the kids andÂ  made exciting crafts to go with them and as the week progressed I could feel my own confidence growing as well as theirs. The children call me Madam (or Helen) but I also discovered the word Mzungu, a word which the children (and the a few adults)Â callÂ us occasionally. Mzungu (and its variations in other countries) means ”˜person with white skin’. It’s not meant as an offensive term.

Struan, Tom (10), Anna (9) and I with some of the Dambwa kids – This picture made The Guardian

On day 2 we were at Nakatindi school and I had aÂ few minutes spare at the end of my lesson. I needed to improvise, Â so I decided to sing a song with my group, one of the warm up songs I used to use as a drama student back in the day -Â ”˜The Banana Song’. Struan brought his group over to join in too.

I asked the children to stand in a circle and raise their arms above their heads. TheyÂ followed suit with a little bit of trepidation. I began to sing quietly Â ”“ ”˜Peel banana, peel, peel banana, peel banana, peel, peel banana,’ lowering my arms to symbolise the peeling of said banana. The children followed, looking at each other giggling quietly, not quite sure what to make of this Scouser in a bright yellow t-shirt pretending to be a banana. Then getting louder – ”˜Shake banana, shake, shake banana,’ the children began to laugh out loud asÂ we shimmied to the beat ”˜shake banana, shake, shake banana.’ By this point we were attracting the attention of the other children who had just finished their lessons. Â Then as loud as we could – ”˜Go bananas, go, go bananas,’ as we flailed our arms and legs in every direction ”˜go bananas, go, go bananas!’ The kids clapped and cheered.

Now everyone wanted a go, and each day we took it to the schools. From then on in, the children of Livingstone would request The Banana Song whenever we went (and still to this day Book Bus volunteers and children alike still singÂ this pesky but catchy tune). Sorry Livingstone – that was my fault!

On Wednesday at Libala, I was teaching a group of girls when two little ones came over and sat nearby watching what we were doing. When I asked if they’d like to join us, they were shy and embarrassed.

Too shy to join in with the big kids

As the lesson went on they crept closer, until eventually they sat down, theÂ books to good to resist.

Oh go on then

The following day at Dambwa, we were taught that this was actually a game. The children stand in a circle and one child starts in the middle and begins the call and begins the clapping – ”˜Salaj tomato’ and then the rest of the children call back ”˜chi tomato’ and it repeats as above ”“ they all keep the beat with a steady clap. Some of the kids are so rhythmic, it’s unreal. Where did they learn to dance like that? Beyonce eat your heart out! Then they all join in with the jiggy jiggy jeelays and the child in the middle goes to one of the children on the outside, stands in front of them, one arm on their head, the other on their hip and then they both wiggle and swap places and the whole thing begins again. Hours of fun! Even more hilarious when us mzungus join in!

Fun with paper, pencils and glitter, as some of the other children look on

This was also the day I managed to aqquire the nickname, Big Mama Glitter. I’m not quite sure how this came about – maybe because I was using glitter, not sure about the other part…. My biggest mistake was telling the other volunteers who found it hilarious. The name stuck and I was Big Mama Glitter from then on.

The boys loved their glittery stars

One of the highlights of that particular day is when Kelly and Marjorie read aloud the book,Â Charlie Chick, to some of the younger children who hadn’t been in our lessons. The children gazed in wonder at the pop up books. Those who could, read along with them.

The kids screamedÂ with delight as the page turned to reveal huge chicken feet popping out of the page.

I don’t think I stopped smiling in those first few days,Â working with children who were so keen to learn, and the rest of the week was shaping up to be just good as we were off on a sunset cruise down the Zambezi later in the evening”¦ 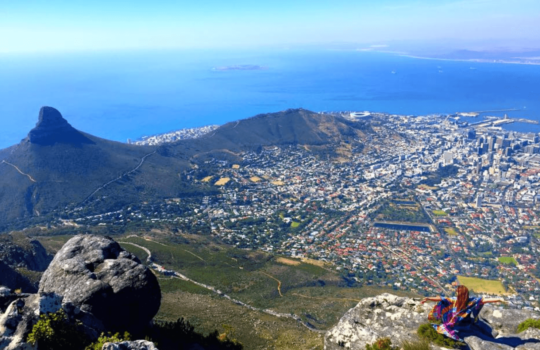 The 25 Best Places in Africa for Solo Travellers 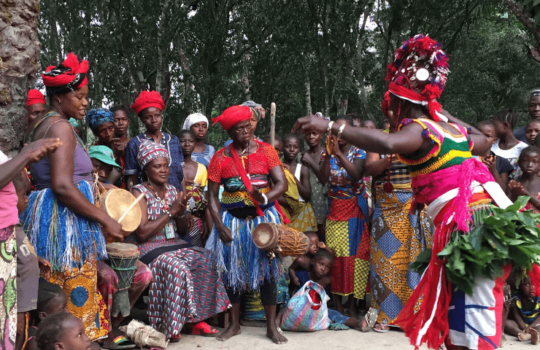 The Best Things To Do in Sierra Leone: A 2-Week Itinerary 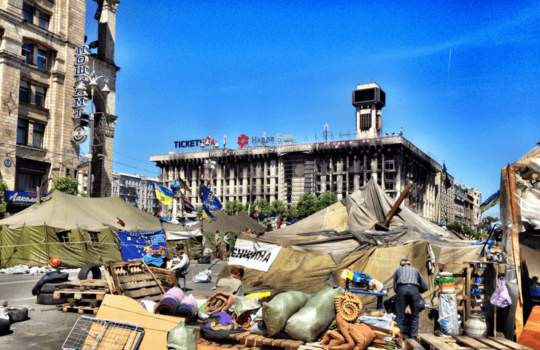 14 Things to Do in Kiyv, Ukraine

Solo Female Travel in Africa - Is it Safe?