By the end of my first day on the Book Bus, I knew I’d made the right choice of where to start my epic Africa trip.

The previous two days had been spend settling in to my new home, visiting the awe-inspiring Victoria Falls and preparing my lessons for the next day. I’d picked out the books I was going to use in my lessons the following day. The Book Bus is stocked with lots of colourful and exciting story books and craft materials that volunteers bring with them.

The Book Bus is a literacy charity that works with children in Zambia (as well as Malawi, Ecuador and India). Each day volunteers take 4 ”˜lessons’. The lessons follow a loose format, read with the children, then do a comprehension exercise and/or make crafts that correspond with the book. The idea of The Book Bus is NOT to teach the children to read, rather to compliment the work of the teachers. Â You see the thing is, whilst some schools have books, and some don’t, very rarely (if ever) do they have access to story booksÂ or artÂ materials, or anythingÂ that makes reading or learning fun and literacy rates in Zambia are very low.

We were up early on Monday morning, around 7am to make breakfast in tranquil garden of Grubby’s Grotto. Mornings in Zambia can be especially cold in the summer months so we’d be wearing jackets and socks with our flip flops ”“ very attractive. There were nine of us in volunteering, plus our leader Kelly, and we were working on a rotation system for preparing and cleaning up breakfast, lunch and dinner and tidying the bus.

Kelly had introduced us to ”˜flapping’ the day before. Those of you who have been on an African trip, especially those that involve a lot of outdoor camping, will be familiar with flapping. Basically, you flap your plates and cutlery dry. It helps to keep nasty bacteria at bay and is used instead of a tea towel! I also tended to use it as morning exercise.

We put on our distinctive yellow t-shirts, piled aboard the old Leyland bus and set off for school. The bus moved slowly on the dirt roads, as we bounced around inside, the suspension not quite good enough for the potholed roads. Once we made it to the main road we began to pick up the pace. The volunteers who’d been there the previous week were chatting about how wonderful the children were, whilst Struan and I were listening nervously, unsure of what to expect, growing ever more apprehensive as the bus trundled on. We turned off towards the village of Linda, heading for Linda Community School. Children and adults smiled and waved as we passed, excited to see the distinctive bus arriving in their village.

Stepping off the bus, my nerves left me, as a dozen or so excited children raced towards me, eager to shake my hand. I was grinning from ear to ear. I looked around. The school building was a shell of plain brick. The classrooms offered a welcome break from the hot sun outside, but were basic with a few desks and text books. Kelly organised us into groups. One volunteer to around five ”“ eight children. We grabbed a mat and sat down on the floor. Six eager faces looked up at me expectantly.

The Book Bus had only been at the school for a few weeks so the whole process was new to everyone. There’s often more students to a class than the teachers can handle and children learn by rote. If a child misses school, perhaps to look after a sibling or because their families don’t have the money to pay for school uniform or shoes, that child falls behind, and the likelihood is, they don’t catch up. We worked with children in grades 4, 5, 6, 7 and 8 ”“ aged from around 8 ”“ 18. The grade does not necessarily correspond to the age of the child as it does at home. The children huddled close to me on the reed mats. I passed round a few copies of the first book I had picked out ”“Elmer the Elephant.

I asked the children if they’d like to read as a group or whether they wanted to read one by one. There was a mixed response. What I found was that the children had very different reading abilities, even if they were the same grade. The children helped each other with the words as we read through the book. However they stumbled over the simplest of words. This was a book for 4 ”“ 5 year-olds in England, but here were 10 and 12 year-olds struggling with the same thing.

You see the thing is, in Zambia, there are over 70 languages and the common one is English, so that’s what is taught at schools but it’s not what they speak at home. Children go to school and are immediately taught in a language they barely know. Once we’d read through the book a couple of times, I opened my bag and took out the craft materials to make our elephants. Some of the children had never used scissors before. Local villagers went about their business around us, staring curiously as they passed. Had we invited them, I think they would have joined in too. I don’t suppose they’d seen anything like this before.

The rest of the day went by in a blur of lessons and with each one I began to grow in confidence. Some of the children could read just fine, some were only able to copy what I said. I could tell that they didn’t really get what we were reading about and would stare at me with blank faces, but would then break out into the most beautiful shy smiles when I asked them questions. These children were so bright, yet the education system in their country was failing them.

I nipped back to the bus to grab an extra few pencils. I remember pausing on the step for a moment and looking out over my fellow volunteers, sitting in their small groups in the shade of the school building and I smiled. There was something special happening here. We were mak I felt truly happy and I was sure the next month would be all I had hoped for. 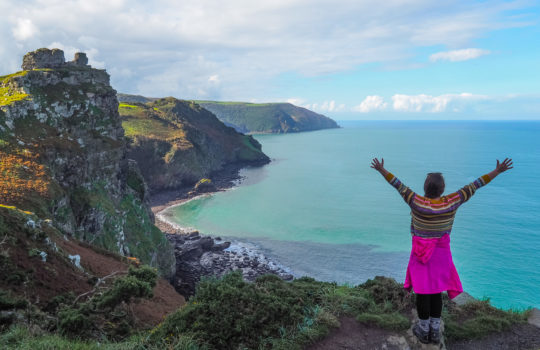 15 Places to Visit & Things to Do in North Devon, England 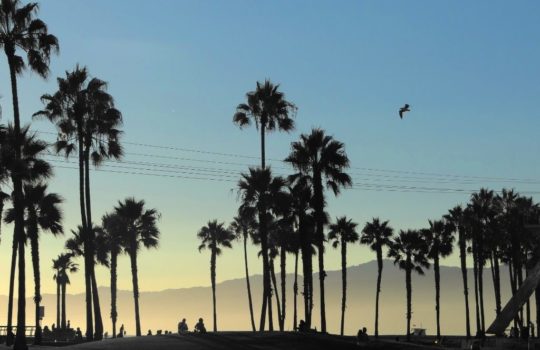 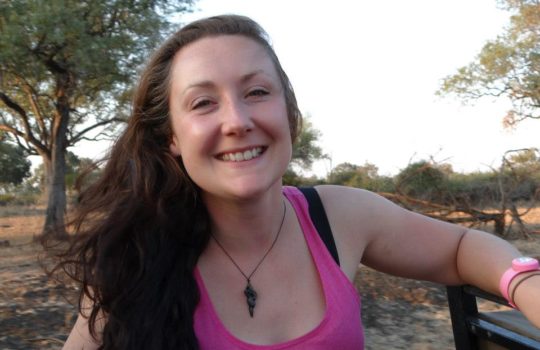 Solo Female Travel in Africa - Is it Safe?