Where is Stephen? Losing Tourists on the Way to Halong Bay

Vietnam was one of the highlights of my RTW trip. I’d been in Asia for aroundÂ 3 weeks when my CanadianÂ friend Marjorie, who I’d met volunteering on The Book BusÂ in Zambia 6 months earlier, emailed me to say she missed me and was coming to Vietnam! We met in Hanoi, along with a British guy called James andÂ Bea, a Dutch girl I’d met trekking in the jungle near Chiang Mai.

One of things we ALL wanted to do, was take a trip to Halong Bay. Tourists flock here to spend a night or twoÂ on traditional junk boats. We opted for a 3-day tourÂ  that allowed us one night on a boat, and another on Cat Ba Island aka ”˜Monkey Island’. We were promised a beautiful island experience, complete with a free floating bar and monkeys. 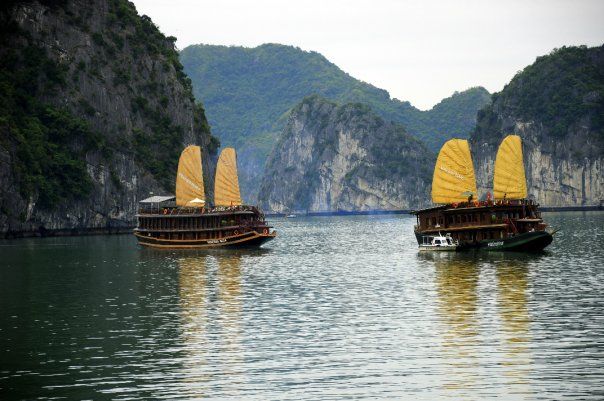 Our completely hapless and bonkers tour guide Dat, pickedÂ usÂ up from our guest house in HanoiÂ early in the morning, then after a quick drive around town to get a few other peopleÂ weÂ were on our way. About half way there, we stopped at a rest stop for a quick toilet break before continuing our journey. About half an hour after we re-boarded the bus Dat decided that it was time for the first roll call. ”œDavies party?” Here. ”œJulie party?” Here. ”œFinlay party?” Here. ”œStephen party?”

Dat sat back down, looking confused. He rifled through his papers before standing up again. Optimistically, he repeated the process.

As no-one had gotten on or off the bus in the last few seconds,Â Â it was hardly surprising that the results were the same. I covered my mouth, desperately trying not to laugh. Poor Dat.

He sat down again, laughed nervously but his laughter soon turned to panic and off he went again.

”œStephen? Stephen? WHERE IS STEPHEN?”

Where was Stephen? Had we left him somewhere? Had he even been picked up at all?

Then a couple at the back piped up. The man’s middle name was Stephen, could that be it? The mystery was solved. As soon as we reached the harbour, ”˜Stephen’, whose real nameÂ was Mick and his wife Tammy wereÂ ushered off to join aÂ different tour party which led to plenty of ”˜Where’s Stephen?’ jokes for the rest of the trip.

(Sorry – bad joke alert – I blame James for this one)

“Helloooo, is it Steve your lookin’ for?” 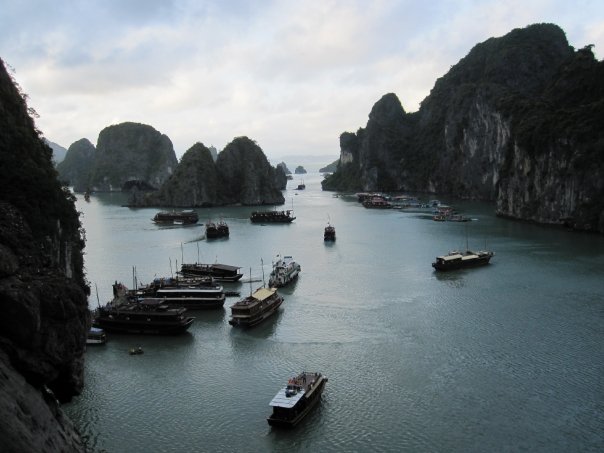 Halong Bay is a beautiful place,Â made up of a mysterious collection of islands, rising majestically from the emerald green waters where locals live in floating houses, grouped into a number of fishing villages. According to Dat, “two hundred thousand million people” lived in these villages, however I believe the number is closer to 1600 – oh, I miss Dat. The first part of the afternoonÂ was spent exploring theÂ Hang Sung Sat (Surprising Grotto), a beautiful network of caves (the ”˜surprise’ being a very amusing phallic shaped rock). 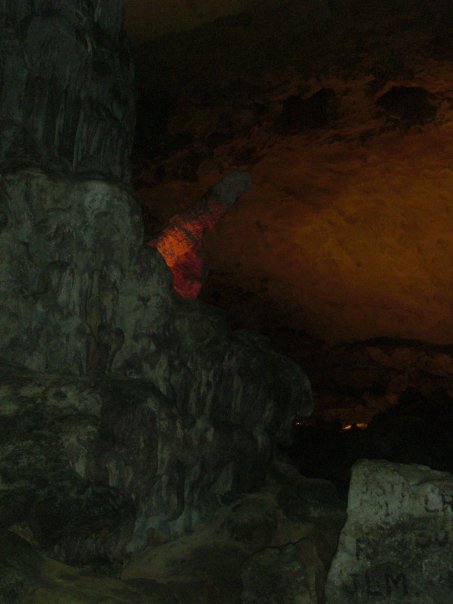 We then put on our life jackets and climbed into kayaks to explore the bay, paddling up close to the islands and villages to get a closer look. After an hour ( and with some very tiredÂ arms)Â we headed to our junkÂ boatÂ to settle in. 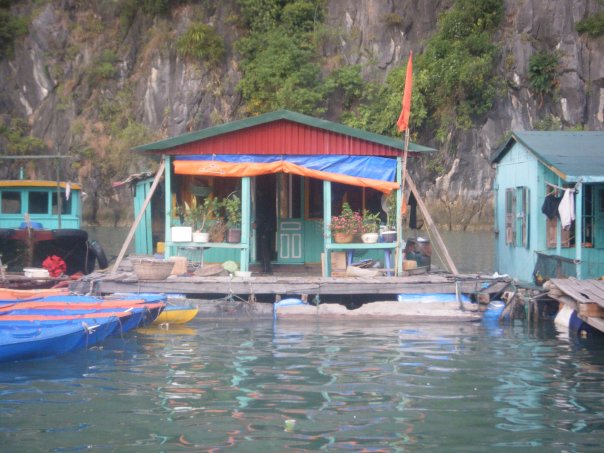 ButÂ not before cooling off. We stripped down to our swimsuits and jumped off the boat to swim in the opaque waters. 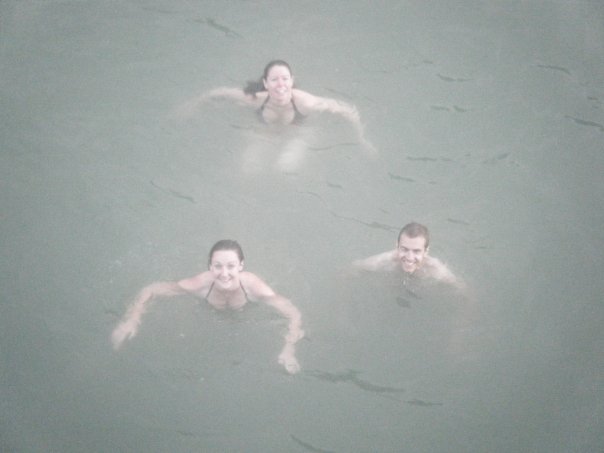 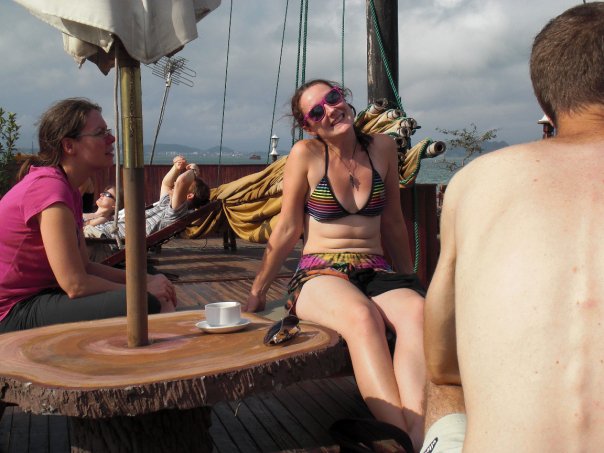 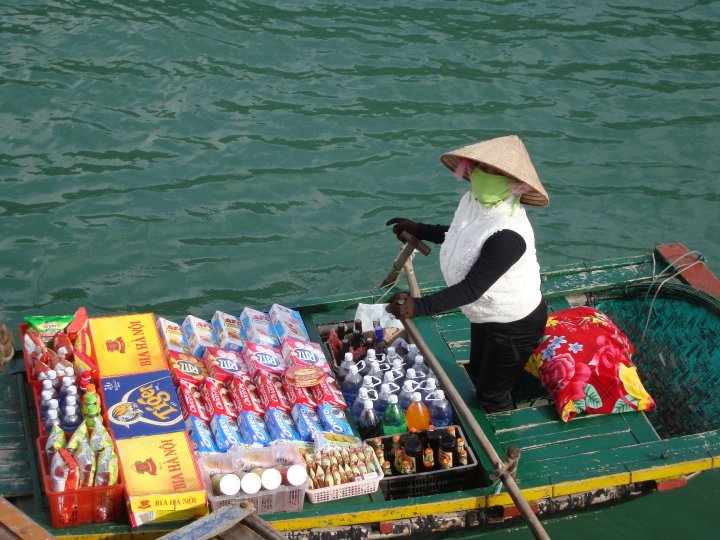 A constant stream of ladies in small rowing boats and conical hatsÂ pulled up alongside us selling cookies, soft drinks, beers, crisps and cigarettes.

After dinner we sat round playing all kinds of drinking and card games with the rest of our group – 4 English guys called James, Drew, Mark and SaulÂ and 3 lovely Danish girls called Julie, Rikke and Line. We went to bed full of tequila, beerÂ andÂ excitement for Monkey Island the following day! 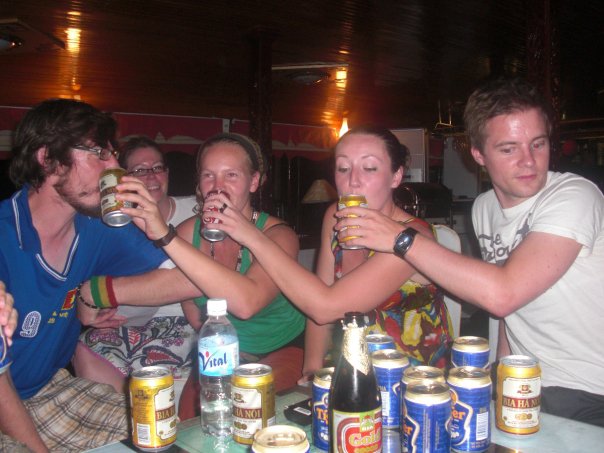 Have you ever had a tour guide like Dat? 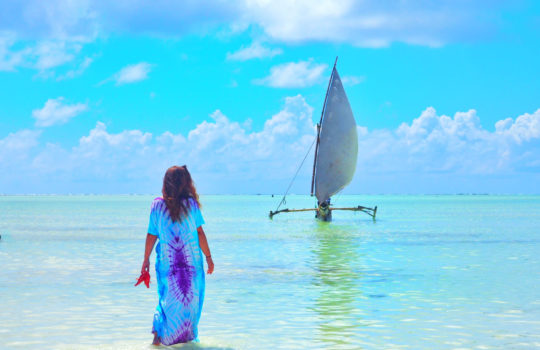 What to Wear in Zanzibar & Other Cultural Considerations 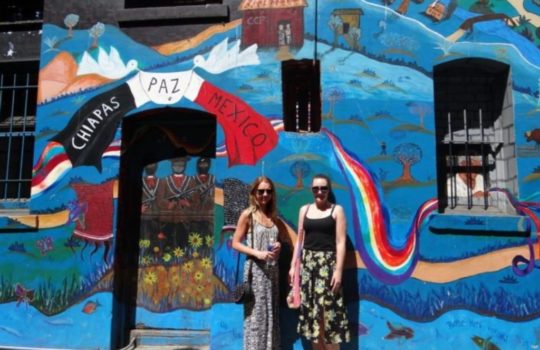 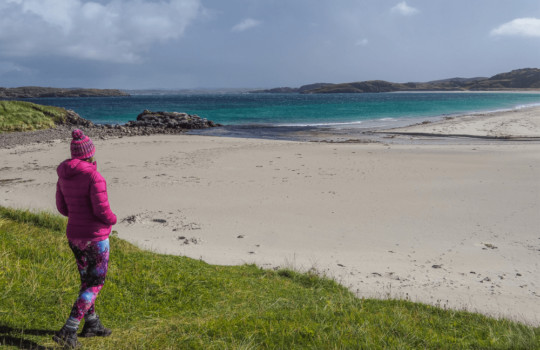 Island Hopping the Outer Hebrides in Scotland: Itinerary & Things To Do