A Safari in the Ngorongoro Crater

”œThere is something about safari life that makes you forget all your sorrows, and feel as if you had drunk half a bottle of champagne – bubbling allover with heartfelt gratitude for being alive .”Â (Karen Blixen)

So back to Africa… now where was I?

We were up at sunrise. The air was cooler than I had been used to for the last few weeks as we’d spent the night sleeping high above the Ngorongoro Crater rim as part of our 5-day Absolute Africa safari.

On the previous day in the Serengeti, we’d been spoilt by the sight of 4 of ‘The Big 5’ and I hoped we’d complete the set by seeing a black rhino. I’ve seen quite a few white rhino in the wild, but an endangered black rhino only once before, in the Ngorongoro Crater in fact, so my expectations were high. Whilst black and white rhinos are very similar in appearance, there are a few subtle differences, most noticeably the top lip, black rhinos have a hooked lip and white rhinos have a flat lip. 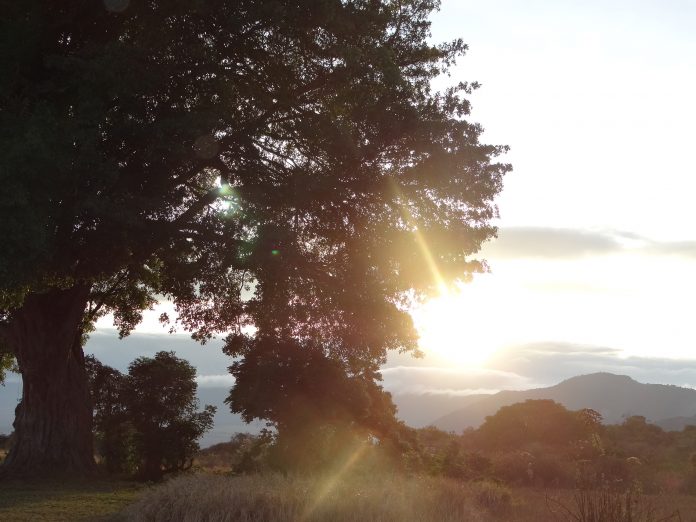 Pretty on the stroll to the bathroom. 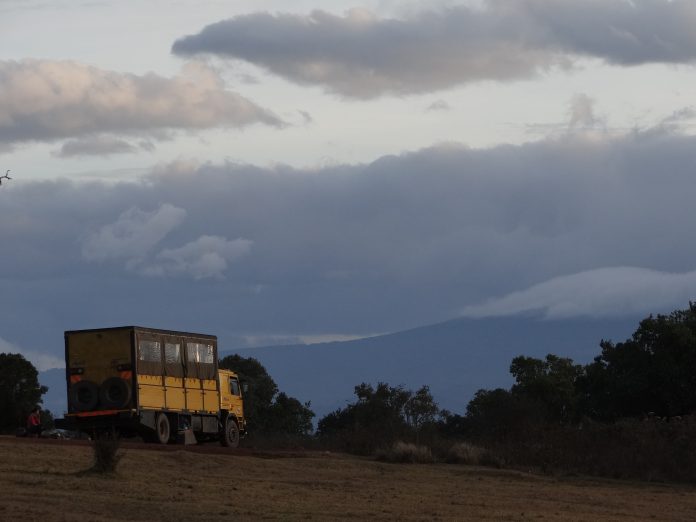 Bumping into another Absolute Africa truck in camp. 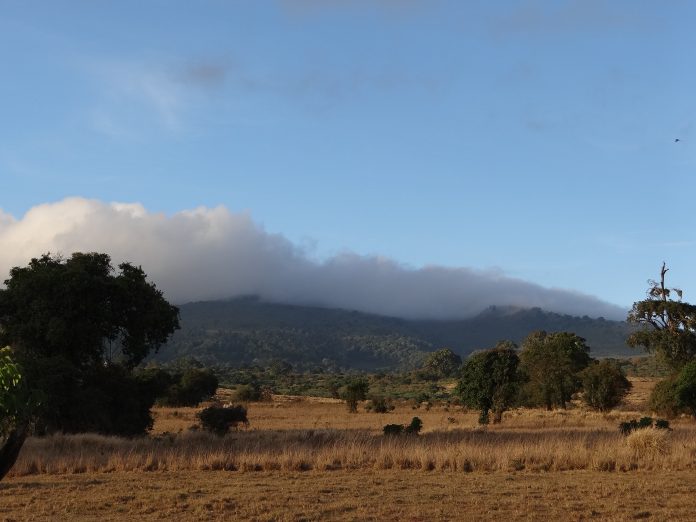 Mist in the distance.

The drive in and out of the crater is spectacular. These photos do not even begin to do it justice. But if you don’t like heights (like me), you may find yourself gripping the seat in front of you in a strange mix of sheer delight and terror, whilst everyone else is in fits of laughter at your expense – thanks guys.

The Land Before Time. 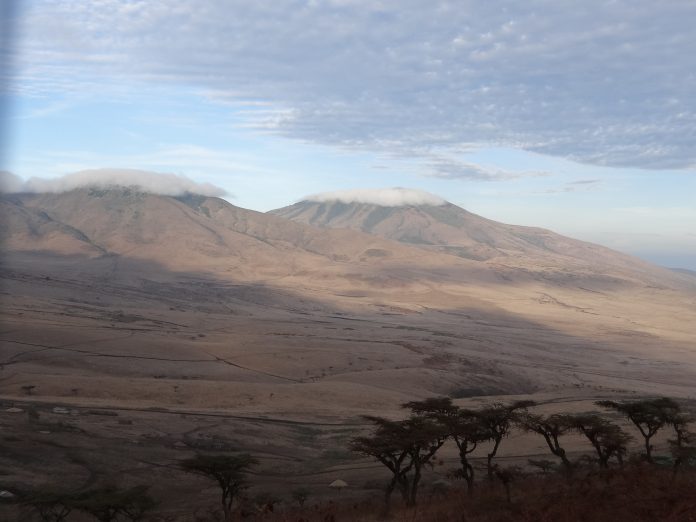 Driving to the crater. 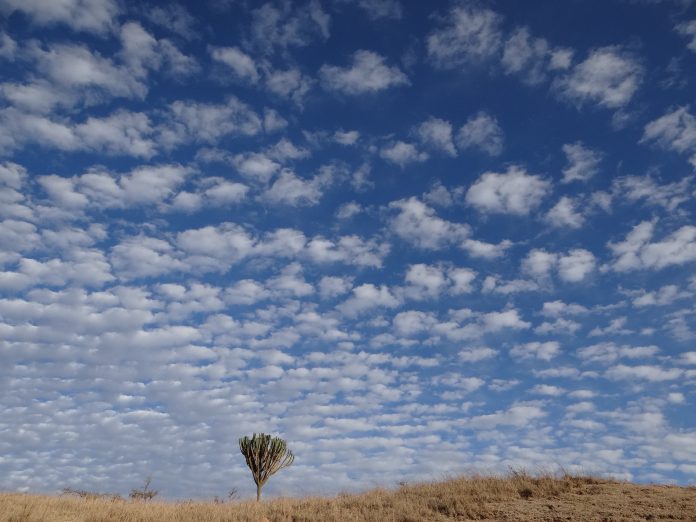 Inside the crater, the view is just as lovely, almost surreal. The colours of the landscape formed a perfect pastel backdrop and almost other worldly. It’s as though time has stood still, the type of place where you wouldn’t be surprised if you came across a dinosaur and I’m pretty sure they modelled the cartoon, ‘The Land Before Time’ on the Ngorongoro Crater.

I’ll never get bored of a view like this.

What’s going on here then?

The landscape changes from open plain to forest.

I love the colours!

Wildebeest crossing, not quite as catchy. 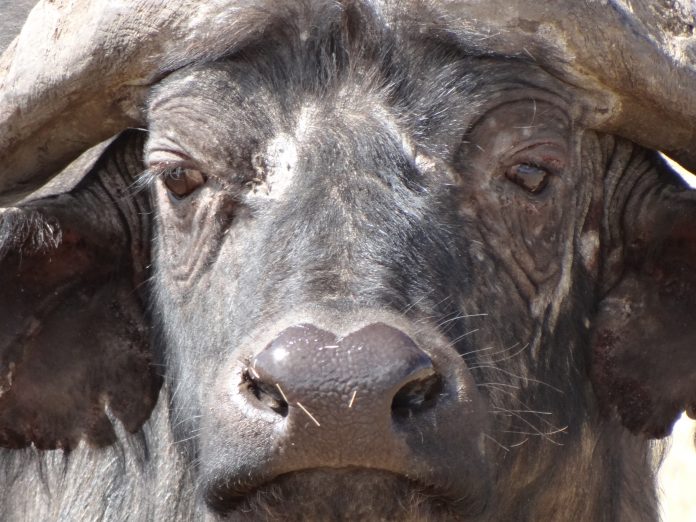 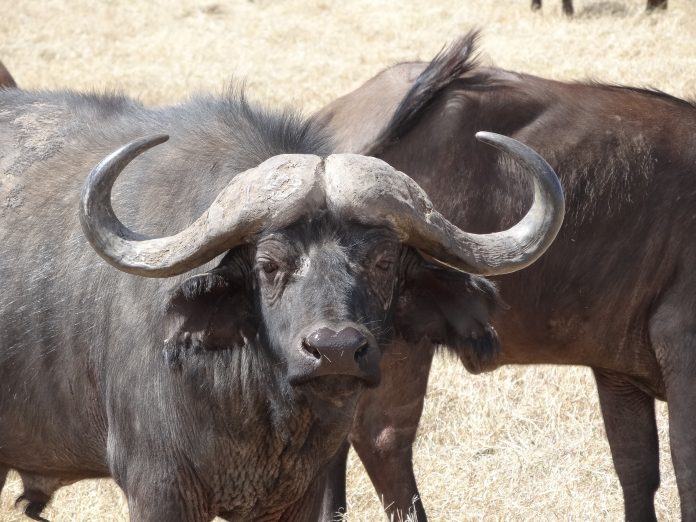 He didn’t take his eyes off us.

As we were driving around, we’d spotted a few lions in the distance. There were a couple of cars watching them, but the lions were a bit of a distance away so we didn’t stop (plus we’d seen tons of lions close up in the Serengeti) and continued on towards some hippo. On the way back, a lot more cars had gathered and somehow, Simba (our driver) managed to get us into the prime position. Most of the cars were facing us and had blocked each other in, but as we were coming from the opposite direction, we were free. The lions were walking towards us to cross the road, and as the other cars were so close to each other, they’d formed a sort of wall. We were the last car there, so Simba hung back a little. Clever man.

More lions, could this trip get any better?

The littlest and cutest lions I’ve ever seen.

Simba left a gap between our car and the one in front, which meant the lions could use it as their walkway through, passing right in front of us. They wereÂ so close that I actually had to frantically switch from my zoom lens to my normal lens.Â But did we see a black rhino?

Quick, quick get the zoom lens off!

Did that just happen? 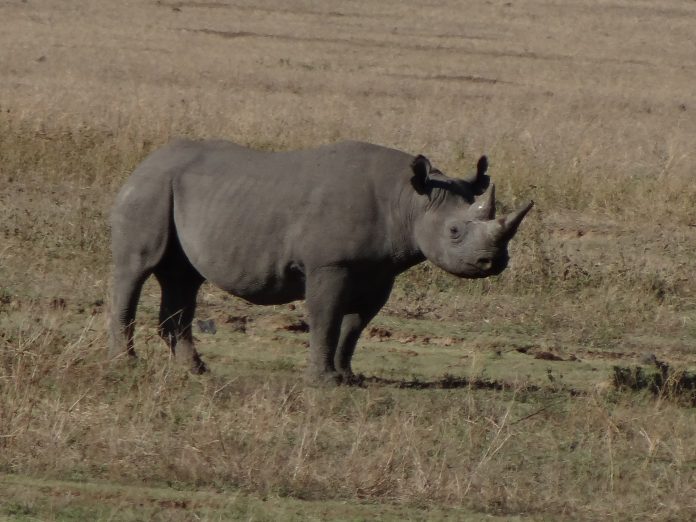 Think everyone else was excited to see a rhino too!

He or she was quite far away, but who cares! Thanks Simba and the Absolute Africa crew, you made my trip! What a beauty eh?

Oh, and if you’re wondering ‘What does one wear on a safari?’ – here’s me and my friend Chris modelling the latest in safari fashion. 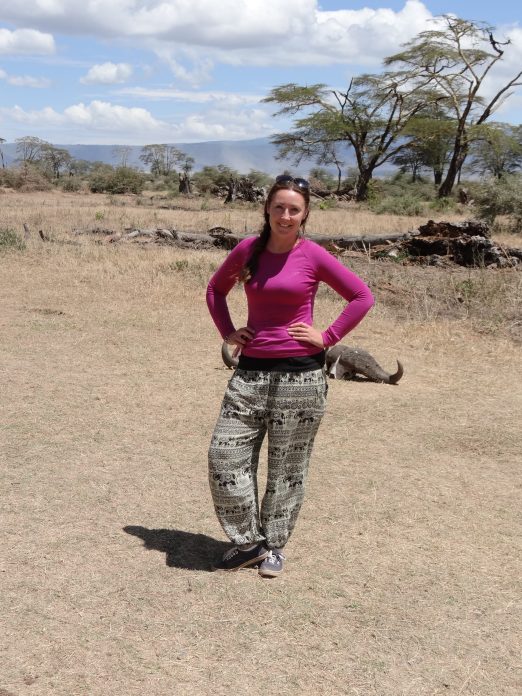 Top: Icebreaker, Pants: Mara Explorers Gift Shop, Shoes: Vans – this, my friends, is why I am not a fashion blogger. 🙂 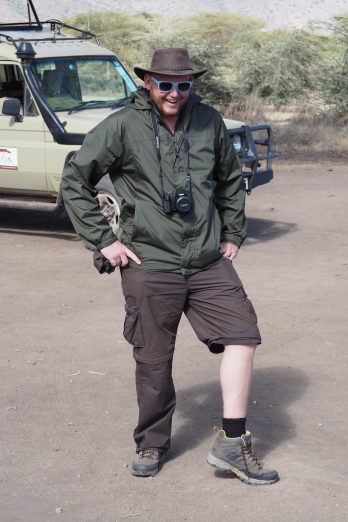 You gotta love those zip off pants. Sexy.

Do you fancy a trip to the Ngorongoro Crater? What animals are your favourites and what would you want to see? 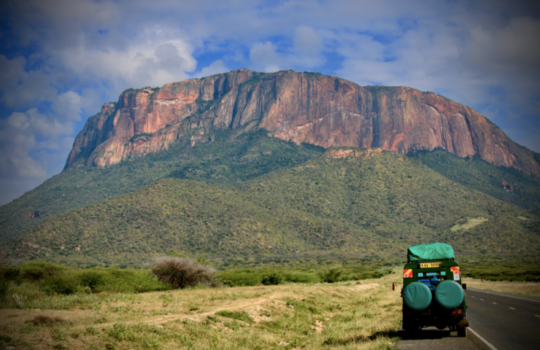 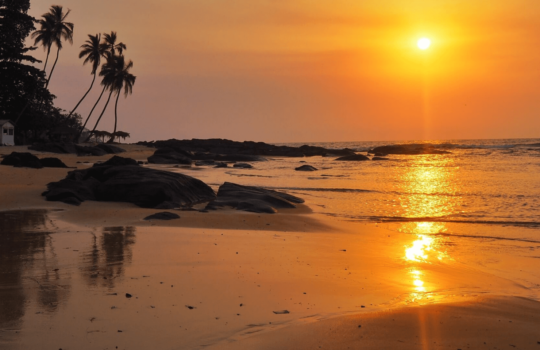 15 Things You Should Know Before Visiting Sierra Leone 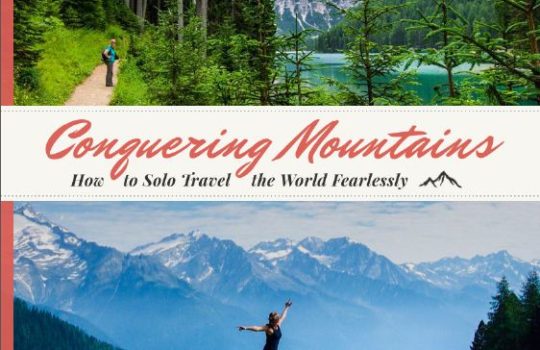 Conquering Mountains: How to Solo Travel the World Fearlessly